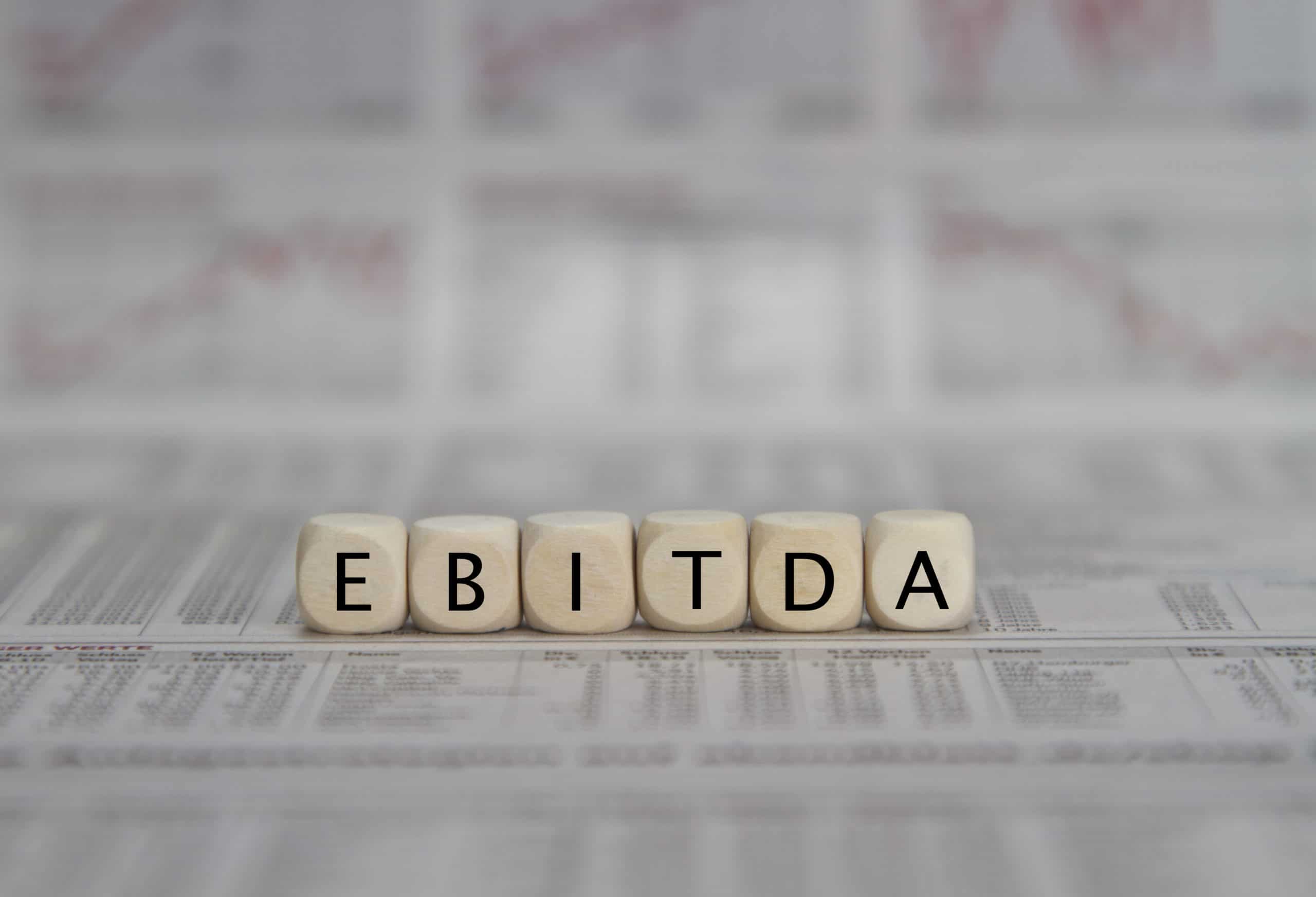 How important Is EBITDA ? 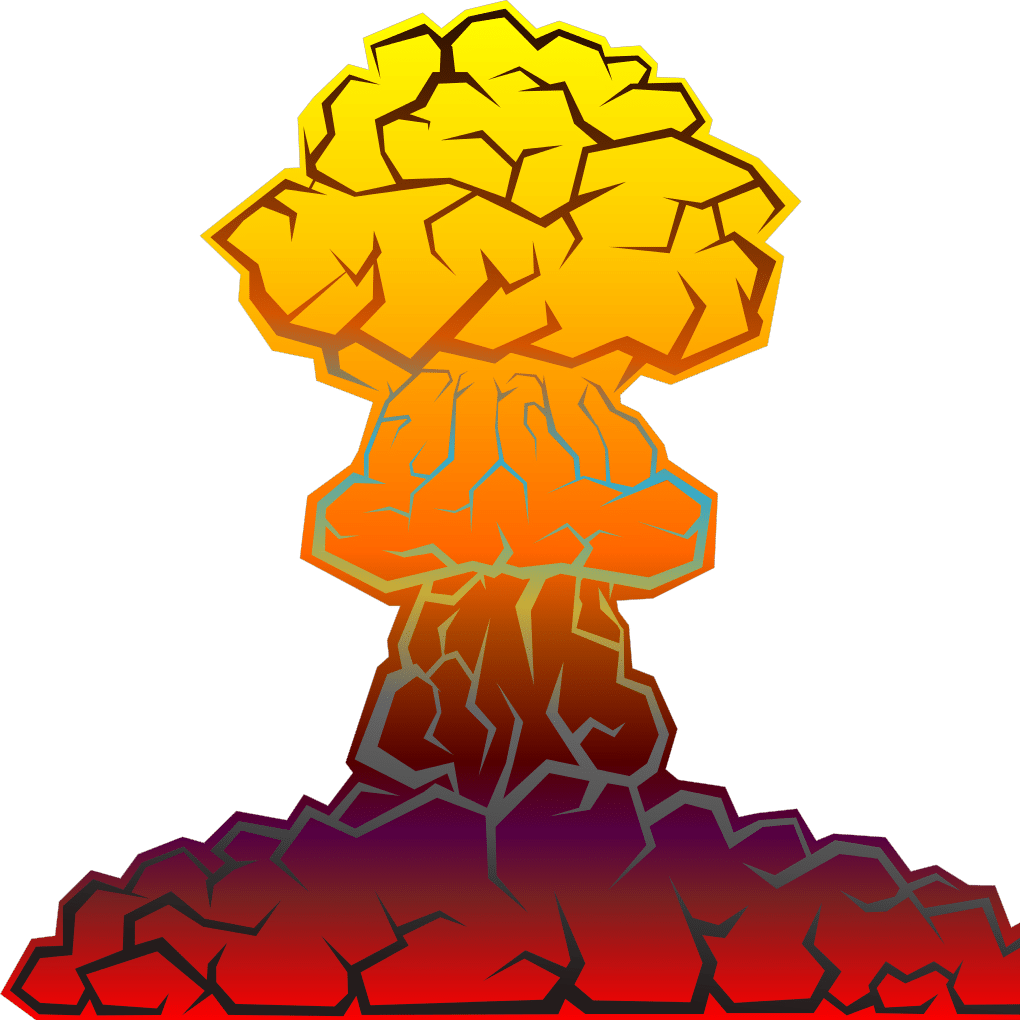 EBITDA is increasingly controversial as a metric. But, why all the fuss? EBITDA is pervasive in High Yield and has its origins in the 80s and 90s LBO boom. “Community Adjusted EBITDA”, “EBITDAC” – have grabbed the headlines, evidence of aggressive earnings. The majority of analysts/ PMs in high yield focus on cash flow over EBITDA – so why not move the focus away from EBITDA?

How Relevant is EBITDA?

There are 2 issues here – one EBITDA as a  quality measure of Earnings, and two, EBITDA’s practical use in the market place.

EBITDA was once described to me as “accounting confection”. The restaurant scene in The Wolf Of Wall Street where they are discussing “fugazi” is particularly apt:

EBITDA is “Earnings Before Interest Taxes and Depreciation”. Little ambiguity there – What’s not to love? It sits at the top of the income statement and allows comparison of companies independent of capital structure, tax base or capital intensity. It is a heuristic – it’s ease of use is what has embedded it in our thinking.

Business are valued in terms of Enterprise Value to EBITDA, Acquisitions and Mergers talk of pro forma EBITDA, Management will point to EBITDA margins relative to an industry average, stock compensation and loan covenants are linked to EBITDA multiples. It is everywhere

And yet – it has no standard calculation. Definitions can vary across companies and can even vary over time with the same company.

Where the danger lies is when we take EBITDA at face value, or with equivalency to cash flow. The fact the metric is everywhere gives it a level of universal acceptance. Then EBITDA is an accounting construct – a product of with Income, accruals and expenses. It is open to interpretation and judgement. Cashflow based metrics are much harder to manipulate but do not “smooth” profit and loss in the same way EBITDA does.

In excluding interest, EBITDA is therefore independent of capital structure. Interest costs are relatively large for High Yield companies. What we care about is the availability of cash to cover interest costs and Interest coverage. Absolute level’s of profitability do not tell us much – huge EBITDA is nothing if it fails to cover even larger Interest payments. Interest is a well defined expense in terms of timing and size. Moodys looked at a sample of companies that defaulted in 1999. It shows that EBITDA, being the larger metric masks the decline in Interest coverage. EBIT and EBITDA-Capex do a much better job of signalling distress. 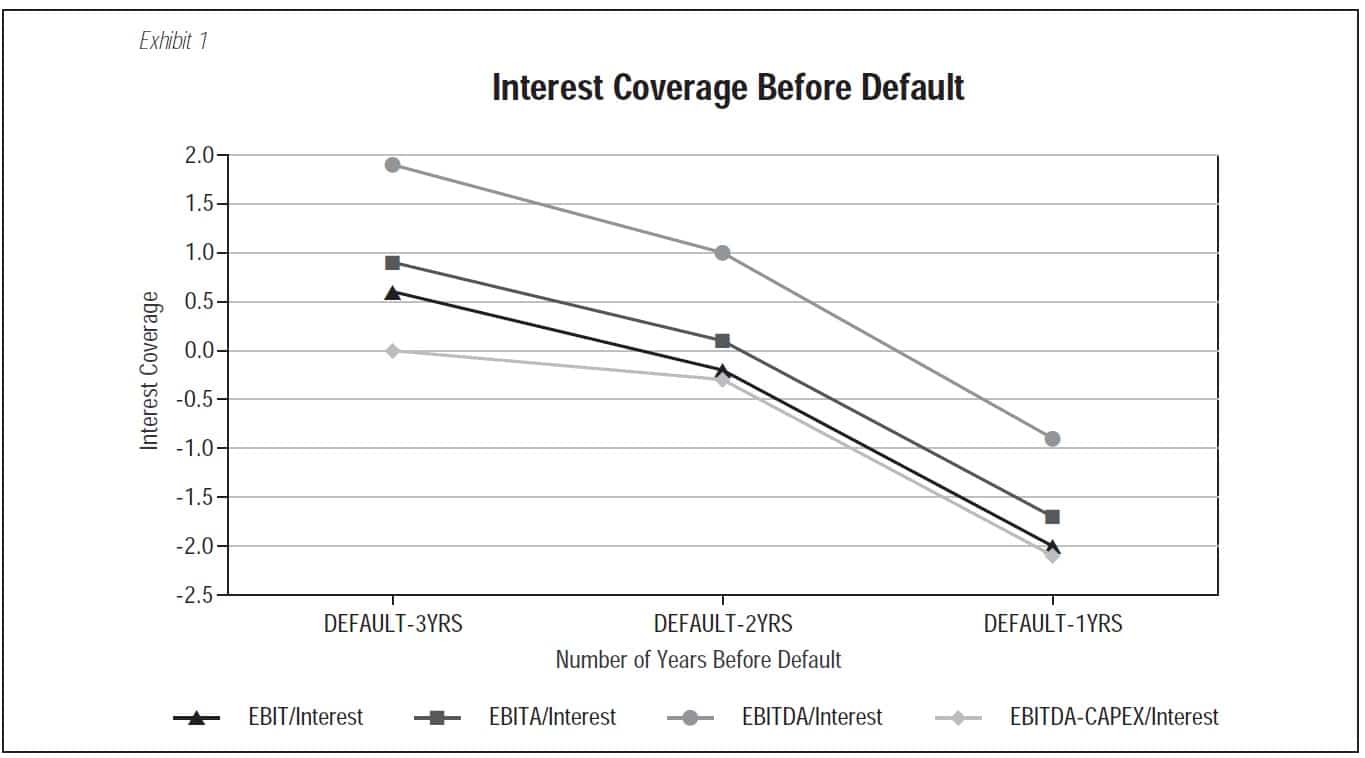 Taxes tend to be less of an issue for High Yield companies given they tend to have lower income after interest and due tor restructuring, acquisitions, growth or just poor business can have large periods of low or negative profit before tax. Taxes are open to more judgement / timing than interest.

Depreciation and Amortization are the areas where EBITDA gets the most criticism as an Earnings metric. This is because there is huge latitude when it comes to size, timing and type of expense that can be included in this category.  As an Earnings metric capital intensive companies will benefit significantly from EBITDA, whilst the actual operating earnings or cashflow’s can be significantly smaller. One of the largest component’s of high yield asset value can be good will – the excess in fair value paid for a company. If management have over paid – you inflate EBITDA and flatter relative metrics – leverage, interest coverage. Ideally you want EBITDA to be more EBIT than DA

EBITDA then is a broad earnings metric that considers a business before large and real costs that allows comparison between companies, industries and markets.Relative to debt or interest expense it can tell you about a company’s capacity and ability to pay debt. It does not take into account working capital or capital expenditure requirements to maintain or grow a business – as such it can be significantly different from cashflow.

The 1999 Moodys report “Putting EBITDA In Perspective” identifies “ten critical failings of using EBITDA” – all of them remain true 20 years on:

It is in it’s practical applications that EBITDA becomes dangerous.Adjusting for one off items has become the norm, especially when marketing new deals. This has meant weaker covenants and poorer quality earnings.

What gets me is the Issuing company’s go out of there way to produce adjusted EBITDA figures that they know analysts are going to adjust back. The issue is that it creates a narrative an acceptance that “nudge nudge these numbers are made up, but it’s ok because you will normalize them”. Changing the narrative internally to a focus on cash metrics over EBITDA is easier than doing it externally. External or market wide change would only come with a regulatory change and/or requirement to “standardize” EBITDA.

Standard and Poors’ “When The Cycle Turns: The Continued attack of the EBITDA Add-Back” Sep-19 looked at Issuer’s Adjusted EBITDA projections at  issue with earnings achieved in the first 2 years after issue:

“We found that both EBITDA growth and deleveraging efforts fell materially short of issuer projections for the two years that we tracked companies’ performance after transaction origination…actual reported net leverage was close to two turns higher than management forecasts for 2017 (the first full-year performance since syndication), growing to 2.5 turns in the second year….most the companies missed their EBITDA target by at least 25%, while about a third missed their target by more than 50%.”

S&P When The Cycle Turns: The Continued attack of the EBITDA Add-Back” Sep-19

“LBO sponsors and bankers have promoted the use of EBITDA for its obvious image benefits. EBITDA creates the appearance of stronger interest coverage and lower financial leverage….It is interesting to observe that management teams often only address that portion of the P&L that suits them best. For example, management of strong companies often refer to EPS, while management of weaker (or developing) firms address top-line growth and revenues. Some companies cite gross or operating margins, which look strong relative to amounts lower down on their P&L’s. Those with a
good EBITDA story speak to this. It is for analysts to question a company’s motivation for emphasizing one measure versus another.”

Clearly – reality is a lot tougher for leveraged companies than management presentations and bond prospectuses would have you believe. Unsurprisingly – lower rated issuers tended to have larger add backs and miss their EBITDA forecasts more frequently than better rated companies.

Standard and Poors – EBITDA Add Back Types By Rating 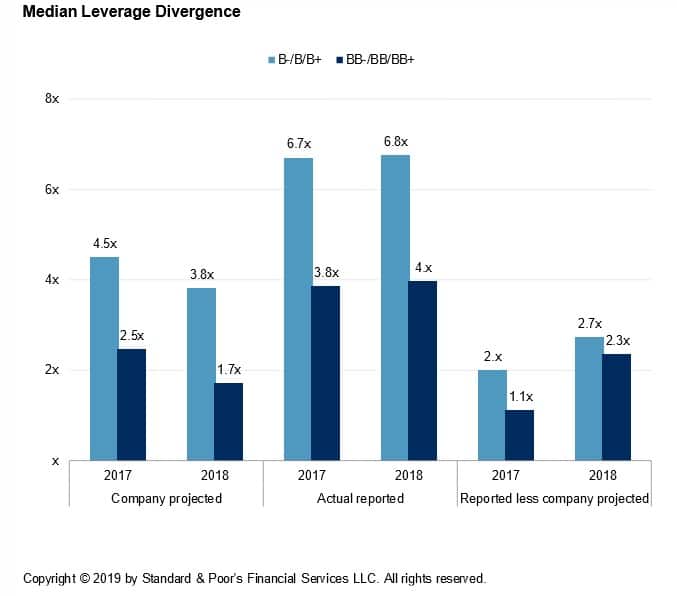 So, then adjusted EBITDA needs to be treated with caution and cleaned to come to a fair representation of future performance.

Adjusted EBITDA relies on investors buying into the story a company is presenting – it is predominantly biased and increasingly removed from economic reality.

Without a widespread push back it is hard to see how change is made. Cash flow based metrics such as CFO are a lot harder to manipulate. Linking compensation or covenants to CFO or free cash flow would address manipulation of EBITDA.

Charlie Munger of Berkshire Hathaway fame does not mince his words when describing EBITDA as an earnings metric:

“I think that, every time you saw the word EBITDA [earnings], you should substitute the word “bullshit” earnings. People who use EBITDA are either trying to con you or they’re conning themselves.” Charlie Munger

To some extent – you have to agree – “community adjusted EBITDA”, “EBITDAC” are clear examples.

A paradigm shift is not going to happen anytime soon – investor push back on aggressive EBITDA adjustments is necessary and happens. But you have to wonder if Investors cannot force change by reducing the importance of EBITDA relative to other metrics.

Leverage is a metric that is commonly used to describe the level of indebtedness of a company in terms of its earnings. It tells you the number of full year’s earnings that a company’s debt pile equates to. However – earnings do not equal cash and EBITDA excludes significant costs so the actual time to pay you back would be better equated by something like FCF to Debt. 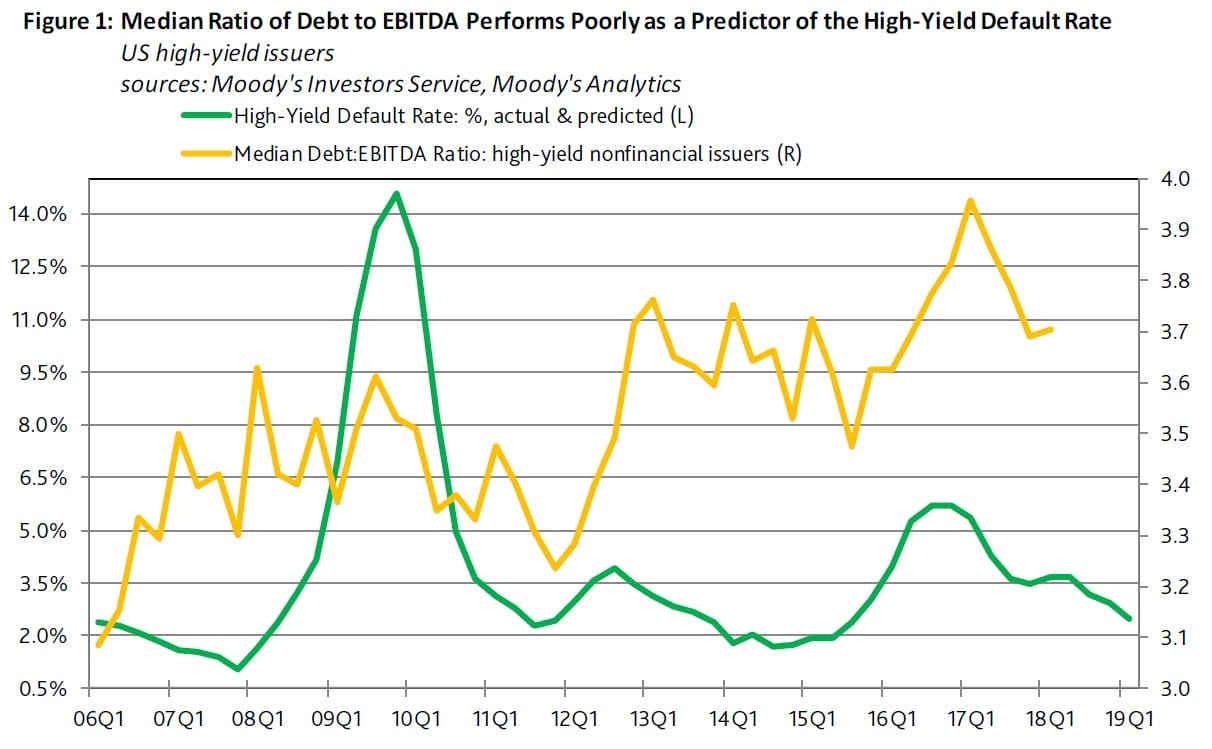 Moodys’  published a piece in 2018 on using Debt To EBITDA as a predictor of defaults. The article found that correlation of using gross Debt/ EBITDA with default rates 2005 to 2018 was 0.12. Using EBIT to Debt Yielded a correlation rate of 0.83. But we don’t talk about leverage in terms other than DEBT/ EBITDA. EBITDA: Interest had as correlation of 0.75.

I think the takeaway here is that leverage per-se holds less information than other ratios when predicting operational decline. As well, the difference between EBITDA and EBIT can have a large impact on predicting defaults as well.

Why do we use leverage? It is another Heuristic – it is easy to compare, understand and describe the health of a company’s balance sheet. This is just one study – but it does point to there being alternative predictors of financial stress. If this is the case, bond documentation could reference those metrics rather than leverage. Note that we are talking about predictive power of default and we are not suggesting we write leverage off as a credit metric.

Can we do away with EBITDA? I don’t think so – it has become too ingrained as a metric, it is a useful broad and comparable measure. Most market participants treat it with the skepticism it deserves.

Should we get rid of EBITDA? – I think there is increasingly a case for making it less of a focus when looking at credits. Cashflow is ultimately the best measure of financial performance. In terms of  valuation DCF offers a good alternative to EV/EBITDA, but can be even more subjective than EBITDA.The positive thing is that the DCF valuation is based off of your assumptions you control/ calculate. EBITDA in isolation deserves a lot of the current criticism it gets, and there are certainly alternative metrics for measuring credit risk available.  As part of a holistic overview it has its’ place.

As for EBITDA’s use in contracts, bond documents and the like I suspect there will be little or no change over the medium term unless investors really fall out of love with the metric. The paradigm shift required is massive and the narrative is currently to permissive (see our post Ponzi Bonds) .

In the next post we look at  EBITDA, EBIT, CFO and Depreciation and Amortization across issuers in the European High Yield to get a sense of how “clean” earnings are across the market and how they have changed with time.

Check out our Blog for other posts and Browse the News Wall to see the latest headlines / tweets on high yield.

← Prev: How to Make the Most of a Management Meeting Next: A Bubble Bubble? → 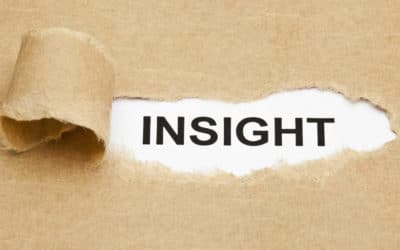 20 Questions, 10 Minutes, 20x the insight. We are launching the Second of what will be a monthly survey covering the... 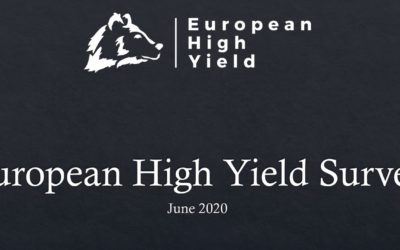 Summary The June European High Yield Survey had 52 respondents. c50% of respondents were Portfolio Managers, with... 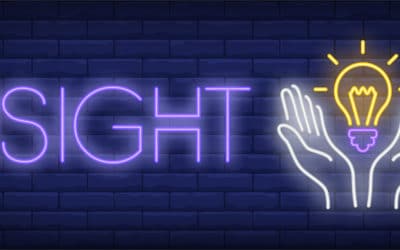 20 Questions, 10 Minutes, 20x the insight. We are launching the first of what will be a monthly survey covering the...

If you have enjoyed reading our Blog subscribe using the form opposite and always be up-to date with our blog.

Yes! I Would Like To Register My Interest In European Highy Yield Online.

Thank You! We Will Keep You Updated With European High Yield Online.